Willy Mitchell is an Indie author, writer, and storyteller with five publications under his belt so far and one more under way. Originally from Scotland, he has traversed six of the seven continents, witnessing much more than the travel of a tourist but meeting real people, listening to their stories. Willy now resides in California where he is on a mission, bringing some of those stories to life.

When I was a child, around 8 years old, my teacher, Miss. Coward, entered the class into a writing competition and the chance to become published. The book was called Happiness, and my one liner successfully made it to the final cut – “Happiness is like a disease, it spreads!” I look back now all these years later and realize that in fact I was right, happiness does spread like a disease, but as we have found of late, sadly so do other things too! Nevertheless, that inspired me, and although I wasn’t a total bookworm, I did enjoy stories in both written and musical form - my first album was War of the Worlds and I would listen to it over and over again, I loved the lyrics of Morrissey, Bowie, the defiant lyrics of the Punk Rock era. I read Charlie & The Chocolate Factory and loved the way in which the different characters were portrayed – much like an analysis of personality types that exist in day to day life. I got into Tolkien and was mesmerized with not only the stories but the depth of detail he had gone to in creating new lands, places, people, even language and songs. I moved on to adventures in the South of Africa and the Wilbur Smith books – I loved how all of these books, although set in far of and fantasy lands, had real life stories and lessons of learning.

I have been blessed in life to have traveled extensively and have met many interesting characters along the way. I have always been interested in the stories of people not naturally recognized as heroes but for the most part ordinary people who simply have a story to tell – everyone has a story to tell. Initially I wanted to write a book of short stories of capturing the tales of these unrecognized heroes but realized after a couple of drafts that justice couldn’t be fully done in short format and hence my first book, Operation ARGUS that weaves many true life stories into a fictional plot around Maskirovka (the Russian doctrine of military deception) and the global impact and ramifications on the 2016 U.S. presidential election. Once published, I felt that ARGUS deserved a sequel, and hence Bikini BRAVO – a tale that mimics the Wonga Coup in Equatorial Guinea and documents the reality of how interlinked the dark forces that exist in the world really are.

That was it, I had the writing bug and quickly followed Cold COURAGE – the epic tale of Sir. Ernest Shackleton’s 1914 expedition to the Antarctic, Gipsy MOTH – about the great Aviatrix Amy Johnson and Amelia Earhart, then Northern ECHO – two boys growing up in a northern town during the Punk Rock era. Next up, and a work in progress is SS INDIGO – a disparate group of strangers are invited to a luxury cruise around the Caribbean.

There’s an old saying, “nobody ever said it was going to be easy” referring to life in general, and that is no different in the process to becoming an author. If the truth be known, after the first book, Operation ARGUS, I felt the imposter syndrome weighing on me – am I really an author because I published one book? Am I really an author because I self-published? Is my work/writing any good? Over time, I realized that of course I wanted my readers to enjoy the books and their reading experience, was I the best writer in the world? No, but I did have stories to tell, and that was my aim – I hope that I am judged on the quality and interest of the stories and that the readers forgive me for not being a Tolkien, a Dahl, Smith, or Christie.

The other thing I have realized is that the publishing world is very tight knit, complex and not easy to navigate your way through. In many ways I am grateful to my publisher, iUniverse for helping me navigate that journey.

In the words of Sir. Winston Churchill, “Never, never, NEVER give up”. I almost did so many times on my journey. Operation ARGUS was something like four years in the making, full of start, stop, starts but I kept with it and made it all the way. Remember why you’re writing. For me it wasn’t about fortune or fame (both of which extremely unlikely, especially in my case), but for the stories that I wanted to tell, the creation of work that will last beyond my life on this planet, for my children, my grandchildren and generations to come – I like that sense of legacy. I am writing a book of poetry in parallel with my other writing – a collection of never seen before poems that will be my final release, the title of which is Dramming.

Operation ARGUS and Bikini BRAVO are international thrillers based upon the Russian doctrine of Maskirovka, deception, and the revolving door of what’s the truth and what isn’t. Cold COURAGE tells the incredible story of Shackleton's Trans-Antarctic Expedition of 1914 and all that was happening in those extraordinary times. Book number four, Northern ECHO, the story of two boys growing up in the north of England during the Punk-Rock revolution and a dark secret that keeps them apart until the end. And, number five is Gipsy MOTH and tells the tale of Aviatrix and pioneers in the golden age of aviation, magic, mystery and tragedy. SS Indigo a murder mystery is on its way. 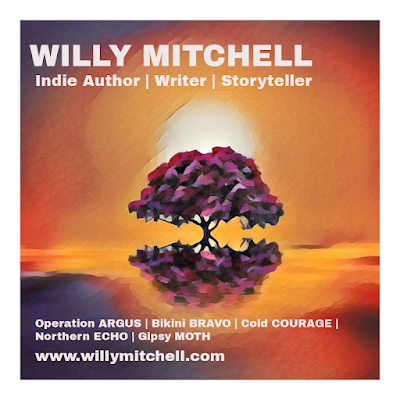 I have been astonished, surprised and humbled by how the writing/reading community is so supportive. Being an Indie Author is hard – without the support of a large publishing house, its tough, and the community inspires me as it encourages me to continue my efforts, and I try at the same time to encourage and support others in their writing and reading endeavors.

Thank you to all who have purchased, read, and reviewed my books – you have no idea how it makes a writer feel when getting your great feedback and encouragement – THANK YOU each and every one!

You can check me out, my books, meanderings, and even my music on my website: www.willymitchell.com 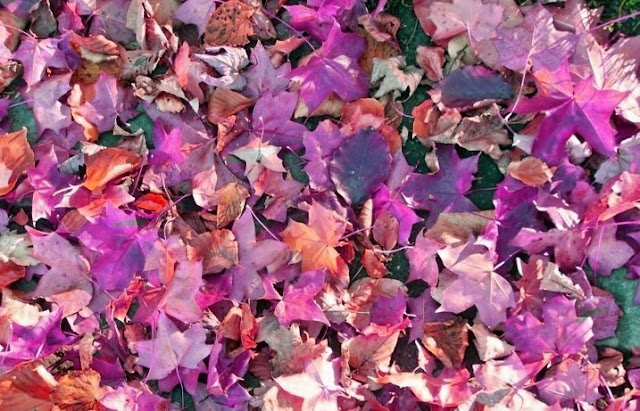