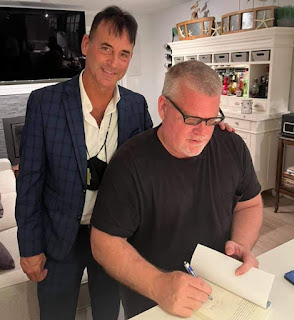 My full name is Paul John Lafferty, and I was born in Staten Island, New York, but grew up in Niagara Falls, Canada. I attended a bilingual grade school, learning English and French at the same time.  After high school I attended Brock University and (eventually) left with a degree in political science. I spent the next 20 plus years working as a dj/bouncer/bodyguard, like most political scientists do, in the strip clubs of my hometown. This time formed the basis of my first book, Down the Lane, in a fictional setting. I returned to university in 2013, and now hold a Masters degree in education. I teach and write full-time.

Early on. It seems the entire family, parents, grandparents, brothers and sister, were always reading. My father would go though 3 or 4 a week.

From early on I wrote things down, always had a notepad, that type of thing. I always knew I wanted to, unfortunately I work on my own schedule. I was always writing something out. Notebooks everywhere.

I had years of notes, so I started assembling them. No process really, just wrote when I wanted to. Maybe that’s why I’m struggling a bit with the second one. It’s almost done. Then the editing, what stays, what goes. 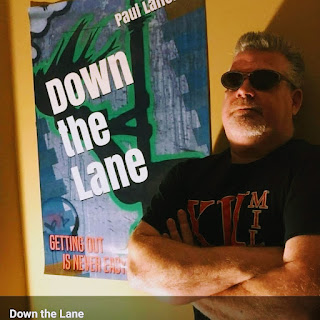 Take your shot. I’ve been extremely lucky that I released something that people liked. If you finish it, you are miles ahead of people who say “I could have done that.” Well, you did it and they did not. Just start writing.

Down the Lane is very loosely based on my years in the clubs, bumping up against some pretty notorious people. The main character, Ian, or Doc, works in the club and has grown tired of the violence and all night partying. He is friendly with a local motorcycle club, but is beginning to distance himself. A larger gang has targeted Doc’s friends and has decided to go to war with them. Because of who and what he knows, Doc is viewed as a threat. 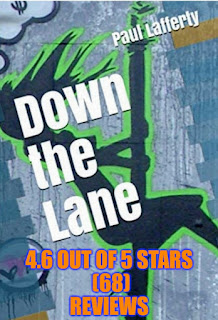 I spend most of my time on Twitter as far as the writing community goes. I’ve fallen in with a great supportive group, and am having fun. I’ve cut back my time on Facebook because of all the negativity and trash talk, although I pop in occasionally.

Thank you to every single person  who has helped me, read the first book, put up a review, or helped me promote it. With all the mistakes that were made with the first one, people are still buying it. Thank you to everyone. I would be nowhere without all of you.

You can follow the link Downthelanebook.com to order the book directly. I am under Goodreadsa and Facebook under my real name. There is an author page and Down the Lane page on Facebook. On YouTube you can find my small podcast under #32alltheway. Most of my time is on Twitter as Paul “Doc” Lafferty under @downthelanebook

#DowntheLane:Brantford out soon.  Thank you for your time.

AUTHOR INTERVIEW When did your love of books begin? My love for books began when the dreaded naptime came and my Mom said, "Pick a book for me to read to you." I detested naps but loved the stories. When did you start to have the wish to become an author? When I was six years old, I wrote and illustrated my first book. Judging by my parent's expressions, I needed to focus on writing and not drawing. I did. How have you found the process for becoming an author? The process of becoming an author has been more of a journey. When I returned to writing a number of years ago, I simply took the first step and waited for the next to be revealed. That step was to sit down and pen something without any expectations of where it would find a home. That freed the story to come. For me, it's all about that single step. What would you say to those wanting to become an author? The want to write really needs to be a compelling desire that won't leave you alone. If that feeling is
Read more